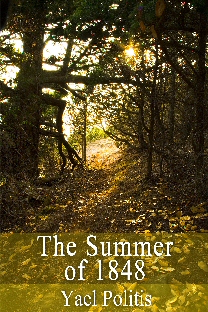 I recently published the latest (but not the last) book of the Olivia series. The first two chapters are available on my site. Here is a taste of what comes later:

From the woods came loud cracks of breaking twigs and branches. Someone or something was charging past Mourning, sacrificing stealth for speed. But Mourning couldn’t see who or what it was. Kip? No. He couldn’t possibly be moving that fast. Mourning turned to look behind him, but saw no one. He sat motionless, unable to think what to do. He was jarred out of his paralysis by another shot, this one coming from farther ahead, around the bend. It was followed by a second shot, but still he hesitated. Turn and run? Charge ahead, weapon drawn? Return to the woods and hide?

A tall, thin figure walked around the bend. It was Lester. He had a holstered pistol on each hip and was carrying a rifle, but held it high over his head, as a sign that he came in peace.

“I’m no danger to you,” Lester said. “I’m going to get my horse. Wait for me, if you care to.” He didn’t pause for an answer and turned off the road onto a trail.

Mourning’s gaze followed Lester, who looked absurdly tidy in his coat and vest, his graying hair cropped close, and his beard carefully trimmed. He did not look like a man who’d spent his day running through the woods and murdering people. Lester soon returned, leading his horse. Mourning had not noticed before what a beautiful animal it was, shiny black with white stockings. Stopping next to Mourning, who had not moved, Lester mounted the horse and flicked its reins.

That’s what I see in this face. My guess would be that he had either…Readmore
September 4, 2017
Next Story »

Book 2 of the Olivia series – The Way the World Is – will be… Readmore
February 19, 2018
Yael Politis
Photograph of library in banner courtesy of House Beautiful, Photography by William P. Steele