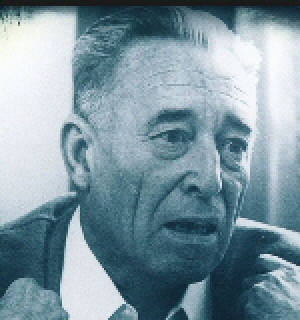 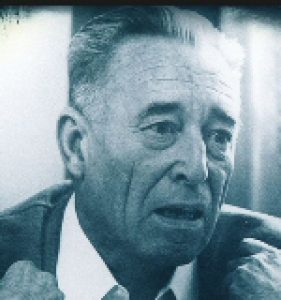 That’s what I see in this face. My guess would be that he had either been through an ordeal or was speaking with compassion about someone else who had. This man was a loving husband and father, a good neighbor and employee, and an excellent administrator, well-respected for his efficiency and high work ethic. His interviewer quoted him as saying, “. . . my profession. I enjoyed it. It fulfilled me. And yes, I was ambitious about that, I won’t deny it.” His name is Franz Stangl and his profession was the efficient murder of large numbers of human beings. He was the first commandant of the Sobibor extermination camp, where 100,000 Jews were murdered under his command. He had proved himself to be so good at his job that he was ordered to take over at Treblinka, where mountains of “unprocessed” corpses were piling up under its previous “incompetent command.” He quickly solved that problem and then supervised the building of larger gas chambers, capable of murdering 12,000-15,000 people every day. His beginnings were more modest: He was a mere Police Superintendent at the Hartheim and Bernberg Euthanasia Centers. These facilities were part of Aktion T4, an involuntary euthanasia program under which the Third Reich exterminated more than 300,000 physically and mentally disabled Germans. This program to eliminate all “life unworthy of life” began with the German Interior Ministry requiring doctors to register all newborns born with Down syndrome, deformities, or epilepsy. These children were removed to special “clinics” where most of them were killed by lethal injection. Some were starved to death. By the time Stangl began serving as Police Superintendent at the Euthanasia Centers, the “patients,” children and adults, were all gassed to death. One thing you wouldn’t have seen on Stangl’s face is remorse. At least not at the time this photo was taken, while he was being interviewed by Czech journalist, Gitta Sereny. 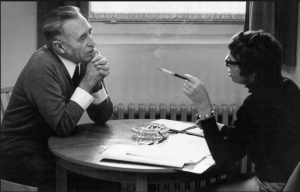 After Stangl was captured and brought to justice, Ms. Sereny visited him in his prison cell and asked him a question: would he be willing, together with her, to attempt to discover how an ordinary man like him had come to participate in the mass murder of millions of human beings? How could such a man grow accustomed to the killings and see the arriving prisoners not as human beings, but as “units” or “cargo” that must be destroyed? As he said, “I sometimes stood on the wall and saw them in the ‘tube’ — they were naked, packed together, running, being driven with whips . . .” The results of the 80-some hours Ms. Sereny spent interviewing Stangl are in her book, Into that Darkness. 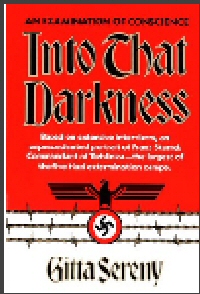 If I could read only one book about the Holocaust, it would be this one. I often think of Stangl in contrast to Oscar Schindler, the hero of Schindler’s List. Oscar Schindler was not nearly as “nice” a man as Franz Stangl. Schindler drank, gambled, womanized, and went to Poland with the express purpose of getting rich by exploiting the slave labor he knew was available there. How did these two men end so differently: the “good” one bearing guilt for the murder of hundreds of thousands and the more apparently flawed one bankrupting himself and going to heroic lengths to save over a thousand lives? My best guess: Stangl fit well into the killing machine because his vision was able to block out the people. He didn’t see individuals, human faces. All he saw was a mass of unacceptables that must be destroyed. Schindler could not do this. He tried his best to take personal advantage of a system that profited by working people to death, but in the end couldn’t bring himself to do so. He couldn’t help looking into their faces, seeing them as valued individuals. What I want to say next is NOT meant to compare any political party to the Nazis. Not at all. We are many, many light years from that. But I can’t help thinking: What, after all, was Nazism, if not identity politics taken to its farthest possible extreme? And more food for thought. I am pro-choice, but the murder of newborn German children with Down syndrome – I can’t help asking myself if that is so different from eradicating these “unworthy” children in the womb, as Sweden celebrates having done. I would never judge an individual woman for making that painful decision – but for that to be a matter of national policy? That I can’t help but see as horrifying.

For a moment she imagined the forlorn figure she must present – draped in black,…Readmore
July 30, 2017
Next Story »

I recently published the latest (but not the last) book of the Olivia series. The… Readmore
October 18, 2017
Yael Politis
Photograph of library in banner courtesy of House Beautiful, Photography by William P. Steele